Photo: Bee landing on Echium (Abby Eaton)
​The Committee meets two or three times a year, to arrange the programme of talks and field trips and otherwise as necessary.  If you think you might be interested in joining the Committee, please contact us.
Who are they?

Members of the Committee have provided some background information as to how and why they decided actively to support TNHS by joining the committee:

​His fascination for butterflies has lead to an interest in all wildlife and ecology, and he is constantly amazed by the hidden details and beauty of nature. Within the constraints of being a conventional dairy and arable farmer, he encourages wildlife where possible by creating habitats in his farm. He is a board member of the Nadder Valley Farmer Cluster, which aims to increase the understanding and encouragement of wildlife by local farmers in their farms. He also spends too much time in bringing back dutch elm disease resistant elms into the landscape.

His aims as a chairperson are growing the membership of the society, help preparing a programme of events of interest for the members and developing community projects.
Dick Budden, Treasurer
​
In 2015, after a career in industry, Dick moved into a house just outside Tisbury that faces south over a wildflower meadow stretching down to the Nadder; there was a rickety bridge across the river and marshland from there to the railway line. Reclaiming all this from the totally overgrown state it was then in, and managing it for wildlife, is a full time occupation (apart from managing the Society’s accounts, that is). 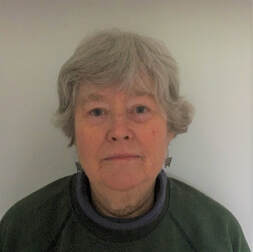 Debbie Carter
​​
As a child I became interested in wildlife both from my mother's influence and at my school where we regularly made aware of the natural history around us.

Much later I married and became a 'Camp Follower' moving house and home every 2 years or so with my military husband. We lived in Kent, Germany, Northern Ireland, North Yorkshire, Malaysia, Hong Kong and Indonesia experiencing amazing scenery and varied wildlife.

On settling into Tisbury I joined the TNHS and became a volunteer for Wiltshire Wildlife Trust at Oysters Coppice. David Swift, the charming founder of the Society was chairman when I arrived and Peter Thompson took over a couple of years later. I must have joined the committee shortly after that and of course Peter Shallcross became our present Chairman in 2018.  So I have been on the committee for between 25 and 30 years. Time I went!! (Definitely not, Debbie, you're much too valuable to us. Ed) 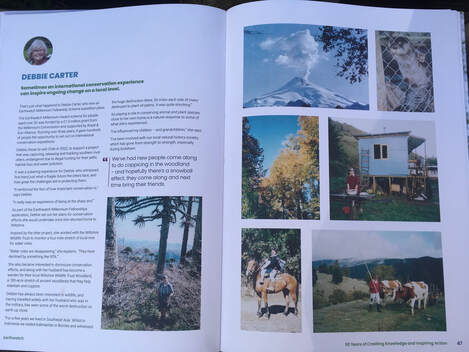 The full story, in the book published to mark Earthwatch at 50.
In 2002 I applied for a Millenium lottery grant to join an Earthwatch project and was lucky enough to visit Chile on a project trying to save the Chilean river otters, all expenses paid. The otters are illegally hunted for fur and their habitat is being destroyed. We trapped one which then had a radio transmitted fitted before she was released back into the river. The otters' fate there is uncertain.

​The payback for the grant was for the volunteers to do something for their own communities on their return and I chose to survey 4 miles of the River Nadder for Water Voles. I spent the following spring and summer months in waders with a variety of helpers and we found a healthy population and they are still there.
There's a summary of the story in Earthwatch at 50 online.

I then became interested in dormice and obtained a licence to handle and record them. I still do this at Oysters Coppice and in the woods at Stourhead and the records get sent to the Peoples Trust for Endangered Species who hold the National records

I am still the joint warden of Oysters Coppice with my husband Andrew. 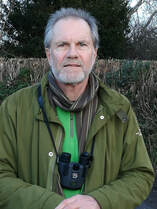 I grew up and went to school in Weymouth and then went to Norwich to do Environmental Sciences at the University of East Anglia (UEA). Returning to Dorset I first worked as a warden on the gunnery ranges at Lulworth. Then I joined County Council planning department managing countryside sites, clearing dead elms - which were being decimated by Dutch Elm Disease at that time - and planting replacement trees.

Then, after further ranger work at country parks in South Wales and central Scotland, I ran a countryside management project in South West Essex. After a brief stint in Berkshire County Council in 1992, I joined the National Rivers Authority in Reading with whom I stayed through its transition into the Environment Agency. I had various posts concerned with water recreation and the management of the recreational use of the rivers in England and Wales for which the EA had responsibility. My last post before retirement was Waterway Manager for the non-tidal Thames (between Teddington and Lechlade).

I retired in the summer of 2016 moving to Tisbury at the same time.

My interest in wildlife and the countryside was nurtured by my parents through our obligatory (come rain or shine) weekend expeditions into the Dorset countryside (before the oil crisis when petrol was cheap). Having Radipole Lake and Lodmoor within walking distance of home was great for learning a range of birds. My knowledge of wildlife is a bit random and self-taught but birds and butterflies are my strongest suits I think.  I have probably forgotten more than I still recall and I know nothing at all about fish! 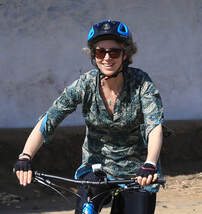 ​Laura Downer grew up on a mixed beef and arable farm teeming with wildlife in Devon where she developed a lifelong love of nature inspired by her father who had a passion for wild flowers and birds. Her career after moving to Wiltshire fourteen years ago has focused on nature and sustainability. She worked for TOFTigers, a charity with a mission to improve the ecological and economic sustainability of wildlands and wildlife in India and Nepal for eight years.

She is also founder of Positive Nature, a modest not for profit organisation celebrating the wonder of the natural world and promoting sustainable living and wellbeing set up after a journey through cancer.

​Laura is the voluntary secretary for the Nadder Valley Farming Cluster and is part of the team coordinating Tisbury & District Natural History Society’s 2021 Swift project. 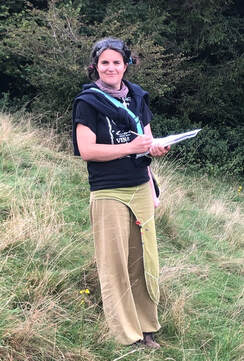 Although I had been joining in and giving a hand from a few years before, I joined the committee Tisbury - and district - Natural History Society in 2020 to create an alternative branch with parallel more hands-on activities, intending to attract local people from a broader spectrum into the society. I teamed with Izzy Fry to also bring children and youths into closer contact with nature.

Although professionally I work in something rather different, I am really interested in nature conservation. Debbie Carter is a great inspiration for me and I am very aware that citizen science projects play an important role in surveying and protecting nature. Living in the centre of an AONB, the people from Tisbury and surrounding areas have a fantastic natural scenario to learn about and help protect 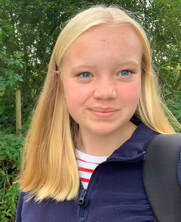 I’ve had an interest in nature and wildlife ever since I was a young child. My family have always loved the outdoors and let me borrow their binoculars and cameras and so it was not a surprise when I said I wanted to work with wildlife when I was around 10 years old.

Over the past couple of years my passion has blossomed and I am now interested in all aspects of the natural world. I am a bird ringer, collecting valuable data for the British Trust of Ornithology from sites across Wiltshire, Hampshire and Dorset, my favourite site of course being my own family’s farm.

I worked with Inés to create Young Nature Watch just after the first lockdown. Over lockdown I noticed a lot more people, especially young people, taking an interest in nature and wildlife so thought having a group where young naturalists could come together would be a good idea! I’m so happy with how the group has progressed and how many young members we now have.

After school I would love to go on to study Ecology and Wildlife Conservation at uni and see what career path that takes me down. 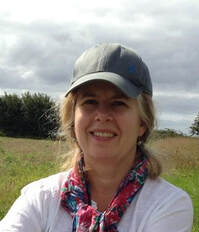 Tisbury has been my home since December 2020, having moved from East Anglia because I was pining for hills and the freedom to walk from the door in any direction. I grew up in north Somerset and most of my childhood was spent outside, roaming the moor and playing in rivers, so its in my blood to be immersed in nature.

​I have some experience with managing a website and so I'm delighted to take the reins from Elizabeth Forbes and maintain the Society's website. ​